A true kindhearted man, “Beb” or as we all know him, Dr. Ferdinand “Ferdie” Ramos, is a well-decorated Thomasian Doctor with a drive to serve others. 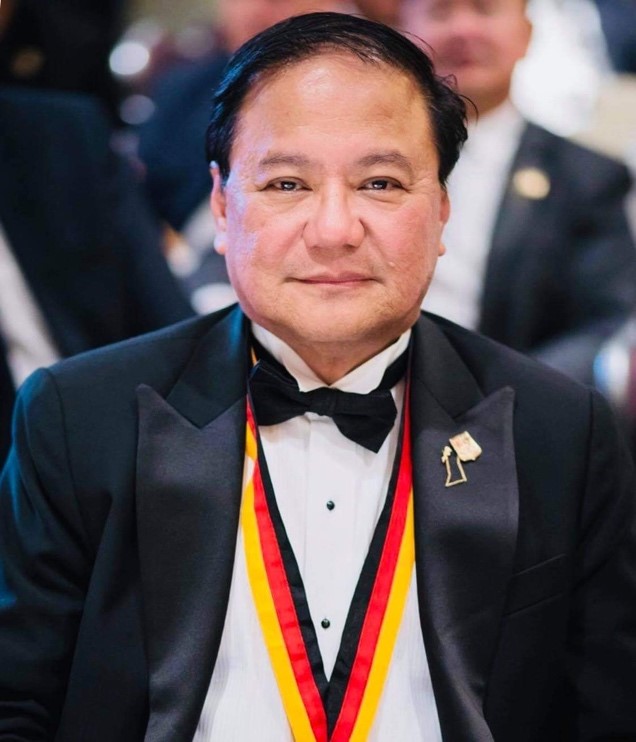 Born in San Fernandro, La Union to parents of hardworking meat vendors, they have always been instilled the value of education. Through their hard work, all of them, seven (7) sisters and four (4) brothers are all college graduates. The apple does not fall far from the tree as they say, as Dr. Ferdie exemplified the same amount of perseverance his parents had throughout his life. This has made excellence follow him, from graduating as class valedictorian in elementary to being a Bene Meritus awardee in UST-FMS. As if he is not academically inclined enough during his days in the University, he was also active in Teatro Tomasino Actors Guild, Brotherhood of Student Titans- Sigma Beta Tau Phi, and Medical Missions Incorporated. Where he developed a sense of passion in serving underserved communities.

He later then migrated to the United States with his wife, Dr. Evelyn, to have their internship. After working at Queens General Hospital in New York, they then pursued their Anesthesia residency and practiced in cities within Illinois. They then transferred to Indiana and held several positions in several hospitals as full-time pain management specialist. He is also a highly specialized interventional pain management doctor; his works include implantation Spinal Cord Stimulators and Morphine Spinal Pumps for chronic intractable pain.

Due to the nature of his work, and the ongoing opioid crisis in the States, he had given lectures on pain management at USTMAAA, as well as, in Vancouver and Washington. In his practice, he offers both opioid and non-opioid therapeutics.

Aside from being a competent and committed doctor, his most known trait is his compassion. He has founded and co-founded several foundations and accomplished several medical missions in the Philippines. Within these medical missions, they have seen more than 6000 patients, with each one with varying health concerns that may need a simple consultation up to major surgeries. Even with the looming pandemic in the early months of 2020, they were still able to go on medical missions. Since then, they have spearheaded several Donation drives to provide personal protective equipment, and COVID 19 virtual seminars. Other endeavors include raising funds for the Titans USA Scholarship Program and University of Santo Tomas Faculty of Medicine and Anargyroi: FMS Foundation Inc., specifically for the creation of the state-of-the-art Simulation Laboratory & Research Center that is due to break ground this incoming January 2022.

As you may know by now, Dr. Ferdie always answers the call of someone in need, thus with the untimely passing of his good friend, Dr. Peter Legaspi Yu, he did not hesitate to take on the role of USTMAAA Foundation President for 2020-2021. Even with the difficulty caused by the pandemic, USTMAAA, with Dr. Ferdie, had always stood behind and have supported their beloved Alma Mater. 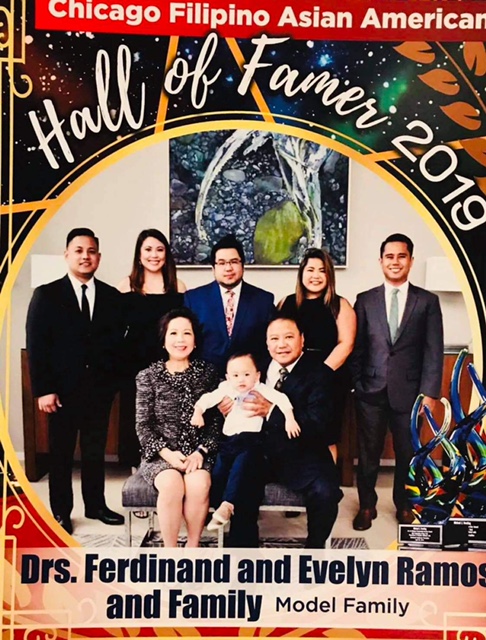 A truly blessed man shares his blessings with others. Dr. Ferdinand “Ferdie” Ramos exemplifies what it means to be a Thomasian Doctor.