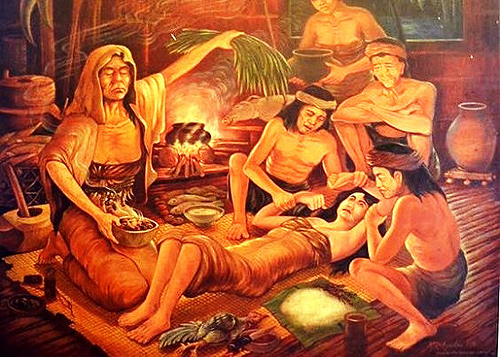 The study of the history in the Philippines has undergone changes since the publication of the path breaking work, "A Short History of Medicine in the Philippines during the Spanish Regime, 1565-1898”, by the physician Jose Bantug in 1953. Filipino, Anglo-American, as well as European historians interested in the history of medicine from an array of perspectives--(social, demographic, cultural, political, colonial and post-colonial-) drawing on diverse inter-disciplinary approaches, have offered new studies on a range of issues. These include hygiene and colonial regimes, war and epidemic diseases, vaccination, and medicine in relation to science and racial theories. This paper provides an overview of past and recent scholarship, and assesses the new and emerging research trajectories with an eye to forecasting future developments in the study of medicine in the Philippines.

From Darkness to Dawn

In late September 1935, Jose Bantug, a medical physician by training, travelled to Madrid along with a few other Philippine delegates, to participate in the 10th International Congress of the History of Medicine. The papers he delivered at that Conference would eventually appear in published form almost two decades later, in a pioneering study on Spanish colonial medicine in the Philippines, entitled “A Short History of Medicine in the Philippines during the Spanish Regime, 1565-1898”. Bantug's work identified and outlined three epochs or periods that, in his view, best presented the story of the history of medicine in the Philippines. He called these periods 'the mythical', 'the superstitious', and 'the empiric'. Despite the absence of citations, Bantug's work evidently drew on a diverse range of sources, written in Spanish, Tagalog, and English, that included mid-16th century Spanish missionary chronicles; botanical compendia that appeared from the late 17th to the end of the 18th century compiled mainly by Spanish priests, most, but not all of whom were members of the friar orders, interested in pharmacology and the classification of medical plants; 19th century popular books on remedies and treatments or 'recipe books'; accounts by Spanish and German historians interested in indigenous 'superstitious' beliefs and practices; works by European-trained Filipino ethnographic accounts, as well as, and interestingly, material artefacts such as amulets. Bantug's study provides a rich sampling: he gives attention to pre-colonial indigenous cosmology, beliefs and rituals, the knowledge and work of an assortment of indigenous community healers, herbalists and shamans--curanderos, arbularyos, manghihilots, and katalonan; there is a broad discussion of the Spanish colonial health care system particularly in relation to vaccination, the cholera and smallpox epidemics that periodically swept through the archipelago during the 19th century and early 20th century, but also in the treatment of beri-beri; and a short chapter devoted to early hospitals and charitable institutions that cared for the indigent sick.

Indigenous healers and their contribution to an understanding of local practices and differing conceptions of medicine in history found some sympathy with the author; he sought to find the rational and scientific foundations that seemed to underpin those practices and ideas, though the attempt did not strictly conform to his three period conception of medical history. Generally, Bantug orders the history of Philippine medicine within an evolutionary developmental path that moves from primitive medical thought and the darkness of superstitious beliefs to the light reason and the triumph of biomedical science as distinguished by the empiric period.

Since the publication of Bantug's work, Philippine scholars have tended to concentrate on the history of public health care systems in the country during the American colonial rule and beyond. This focus may perhaps be because later generations of scholars, unlike Bantug's generation, do not have an adequate of knowledge of Spanish. Secondly, American period sources can be found in well- kept U.S. archives, in greater abundance--in manuscript form, journals and correspondence and in records that are more consistent. However, Bantug's evolutionary model has proved resilient, remaining the overarching conceptualization of Philippine medical history that has predominated in the few later studies undertaken by Philippines scholars such as Teodora Tiglao and W.L. Cruz, “Seven Decades of Public Health in the Philippines”, 1898-1972, Enrico Azicate, "Medicine in the Philippines: A historical perspective".

More recent attempts to write a general history of medicine in the Philippines have utilized a text book format. In History of Philippine Medicine, a study published in 2002, Conrado Dayrit, Perla Santos-Ocampo, and Eduardo dela Cruz, all eminent Filipino physicians, respectively, in the fields of cardiology, pediatrics and pharmacy, sketch a century of public health care in the Philippines from 1899 and the end of the Philippine-American war, until 1999. The authors try to understand shifts in medical thinking during that period by examining certain benchmark years and highlighting significant policies and initiatives in medical education in relation to changing colonial and political regimes. Relying on boxed insets and appendices to provide further detail. The authors moved swiftly through the American colonial period taking in the establishment of the College of Medicine, the American Insular Board of Health and government laboratories along the way, the brief period of Japanese occupation and the commandeering of hospital resources, to the late 20th century and the achievements of today's Department of Health, the strongest section of the book.

For the most part, the history of medicine is treated by Dayrit, Santos-Ocampo, and Dela Cruz as a series of episodic moments or milestones in medicine and health care. The American public health system and Filipino doctors integrated into Anglo-American health care in the Philippines is unquestioningly seen in terms of breakthroughs, reform, and improvement. Dayrit in particular makes his politics plain and emphasizes, often wearyingly so, the blessings brought by American health care in the fight against the darkness of the archipelago--characterized by filth, disease and unsanitary conditions, and a people of dirty habits, lacking in discipline, ignorant and stubborn:

"If America had not come to colonize the Philippines and force on our resisting people the vaccines, hygienic habits and sanitation programs... it is difficult to imagine what the Philippines could have become, considering its horrible state of public health and education in 1898."

American colonialism and the arrival of American health care, in other words, brought medical salvation. Anything prior to the arrival of the Americans were considered as unenlightened. Consequently, medicine prior to the 20th century is given scanty treatment and neglectful of existing pertinent secondary literature (though this is generally the case for the American and post-colonial periods as well).

This is an unwieldy book filled with charts, graphs, tables and divided off sections that cover an enormous range of topics. Some are medicinal plants used in traditional medicine for example. However, through copious lists of names and successive deans, administrative heads of various health boards and hospitals, the appendices at the end of the book are made to do a lot of the work--summarizing time periods, the work of pioneering individuals and institutions mainly in the late 20th century and it is really here, rather than earlier periods, that the authors are on a stronger footing.

For Dayrit, lead author of the book, the Philippines remains in a pre-modern state, unable to care for her population nor compete or contribute to science and scientific advancement. "We are still in the age of pestilence", he writes. Yet, paradoxically, Dayrit considers the contemporary interest in and search for alternative remedies and treatments as the next episode in the story of Philippine medicine; "Biotechnology" he states, is the technology of the future". Author of several highly acclaimed articles on the therapeutic properties of virgin coconut oil, Dayrit has veered towards the current interest in the efficacy of so-called traditional or ancient indigenous alternative remedies, especially those derived from Philippines plants and local healing practices, as akin to an indigenous medico-cultural resurgence, indeed, a way in which Philippine medicine in specifically local forms can undermine the hegemony of western medicine and the domination of foreign drug companies.