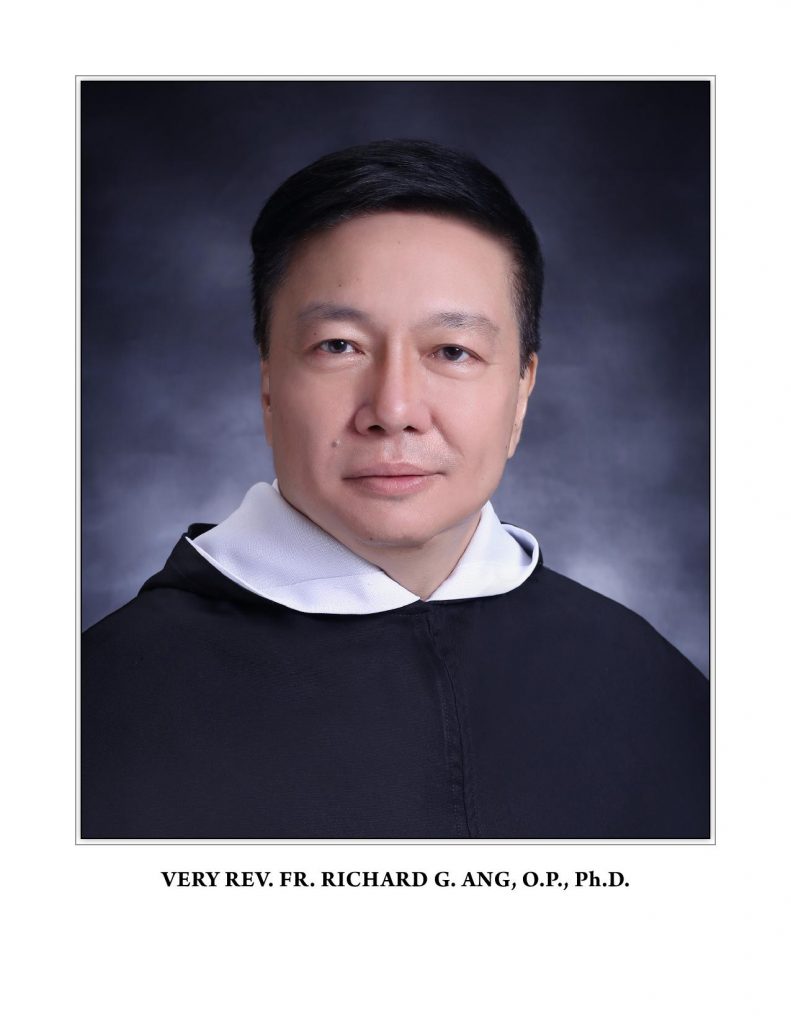 Mungkahi ng pilosopong si Michael Moga: “Essential to life is the occurrence of events—those special moments which appear in human life and which give the possibility of living in a new and different way. There are exciting stories in all of these events—stories that deserve to be told and retold.”

I have always told my students in my class that in history, we look into the past as in to a mirror in the hope of not only seeing ourselves clearly reflected but also of becoming masters of present and future events. Through the centuries, Fr. Miguel de Benavides is regarded as the founder of the University. We are familiar with the bronze statue in the campus which is a famous landmark.

The late and eminent Church historian Fr. Fidel Villarroel, O.P. reveals a lot of interesting facts about Benavides in his two-volume magnum opus about the history of UST. By browsing through the pages, we can somehow get a well-defined image of the man and his character.

Fr. Miguel de Benavides was made Archbishop of Manila in 1601, but what caught my attention from among the written details are the following, which I deem or I think are equally important, subjective as I may be. Benavides knew how to speak Hokkien and how to write Mandarin as a result of interacting with Chinese immigrants doing business outside of Intramuros. In fact, he was a 17th-century frontliner. He took care of the sick immigrants in the hospital. This facility of the foreign language enabled Benavides to publish the Doctrina Christiana in Chinese, which is one of the earliest printed books in the copy. We have a copy in the Miguel de Benavides Library.

Benavides also fought passionately for justice and peace, a la Bartolome de las Casas, by confronting violations of human rights against the local people, giving them a sense of optimism. Benavides believed that evangelization should be done without the use of force or violence. And

most significantly, in his last will, Benavides donated all his books and all his possessions for the future foundation of a Colegio, which he did not see coming to fruition in 1611 because he died six years earlier, in 1605. This is the Colegio de Nuestra Señora del Santísimo Rosario also known as the Colegio de Santo Tomas, a school offering education for those who would like to study to become priests. The humble institution in Intramuros eventually became the Pontifical and Royal University of Santo Tomas in España.

Indeed, from small beginnings may come great things. As the parable in the Gospel of Mark would say: “How shall we portray the kingdom of God symbolically or to what shall we compare it? It is like a mustard seed, which at the time of its being sown in the ground is the smallest of all seeds on Earth. But once it is sown, it grows and becomes the tallest of all plants—even producing large branches so that the birds of the sky can settle under its shade.” Ang talinhagang ito ay nakatuon sa mga taong pinagdudahan ang kakayahan at misyon ni Hesus at kanyang mga disipulo. Tanong nila: “Paano magiging Mesiyas ang isang anak ng karpintero?” Hindi ito kapani-paniwala. Ito’y katawa-tawa.

Today, there are around 2.3 billion Christians in the planet—Catholics, Protestants, Greek Orthodox Christians, and so on. And after 500 years of Christianity in the Philippines, UST remains to be the bastion of the Catholic faith in Asia and in the country. Truly, grace is the source of all forms of human productivity.

Let us then go back to the early days of our institution in the 17th century. The Colegio started only with 12 becarios or 12 scholars. Now, we have a large student population. Quadricentennial Rector Fr. Roland de la Rosa, O.P. fittingly wrote in 2012 that the history of UST is a history that has been impelled by faith, propelled by hope, and compelled by love or charity. This is the Tria Haec, symbolized by the three statues on top of the Main Building.

Benavides and the Dominicans founded the University to inform and transform educators and students. [Benavides] never lost hope that the Colegio would soon be built in God’s own time, and his charitable contribution of a small library and few possessions encouraged other donors to also give. So you see, this paved the way to the foundation day on that fateful day—April 28,1611.

One small good deed has a multiplier effect. It is like throwing a small pebble into a pond, creating a ripple.

Benavides manifested the Tria Haec in his life. What is the Tria Haec? These are the three supernatural theological virtues. They are God’s unending grace elevating all our human nature. With our efforts, we can only do very little, but with God’s help, we can do so much more. In history I said, we look into the past as into a mirror in the hope of seeing ourselves not only clearly reflected but also of becoming masters of the present and the future.

Today in our time, there is an ongoing war. It is not the war of guns and bombs. It is not the war of planes and tanks. It is the war for life. It is the war for health. It is the war for being and for well-being. All of humanity is under threat of the coronavirus. The pandemic has only given emphasis that life is short. It has given emphasis to our weaknesses, to our vulnerabilities, with the grim reality of sickness and death, sorrow and separation. We know of family, relatives, and friends who have passed on. Noong isang taon, nawalan ako ng ninang, ng tiyahin, ng isang best friend, ng isang classmate from high school. Hindi ganun kadali ‘yun. Hindi ganung kadali tanggapin na ang mga mahal mo sa buhay o mga kakilala mo ay mawawala na lang nang ganun. Many of us are restless, anxious, fearful of the uncertainty that the future may bring. Sabi nga ng maraming Pilipino, kung hindi tayo mamamatay sa virus, mamamatay tayo sa gutom. We pray that God may give people, families, and institutions like UST the ability to survive shocks and devastations in order to build a stronger community.

Today, we need to hope more than ever even if there are causes for despair. We can barely dismiss the difficulties of the present quarantine situation yet hope transcends such hardships. Sorren Kierkegard says: “Hope is passion for what is possible.” Hope can help us get through the darkest of time, giving us the power to overcome the challenges.

Oscar Hammerstein II wrote these lyrics for a song in the musical “Carousel”: Walk on with hope in your heart, and you will never walk alone. May pag-asa habang may buhay. May pag-asa habang may karamay. Today, we need to love. We need to be charitable more than ever, even if there are justifications for resentment, for rancor, for anger, for bitterness. We cannot easily close our eyes to our critics and detractors, to those who refused to help us when we needed it the most, to those who spoke ill of us. However, love and charity rise above feelings and challenges, or rather, differences.

It is wishing our offenders goodness in- spite- of what they have done. This is what Jesus did, but we are not Jesus. We struggle when we are asked to do what He did. It is very difficult. It is a very hard teaching. Perhaps, with our human efforts, with our strength, it may even be impossible. But with God’s grace, anything is possible.

And so, my dear friends, Pope Benedict XVI wrote in Deus Caritas Est, “Love is the light—in the end, the only light that can always illuminate a world grown dim and give us the courage needed to keep us living and working.” There are times when we tumble, we break, we fail, but then again, we rise, we heal, we restore, and we proceed.

I hope that this solemn celebration of the Foundation Anniversary of the University will be very meaningful for you today. Happy 410th anniversary!