Surgical oncologists, due to the nature of their work, may have several encounters where their decisions may cause a standstill in the operating room.

Just in the year 2020, there were more than 10 million deaths. Most of these deaths occur in low and low-middle-income countries. In the Philippines, neoplasms or cancers, as they are more commonly known by, is the second leading cause of death. Thus, alongside oncologists, surgical oncologists must have extensive knowledge to accurately diagnose tumors, have expertise in handling complicated surgical procedures and have a well-rounded awareness of mechanisms of cancers—knowing the how and when to do these operations. 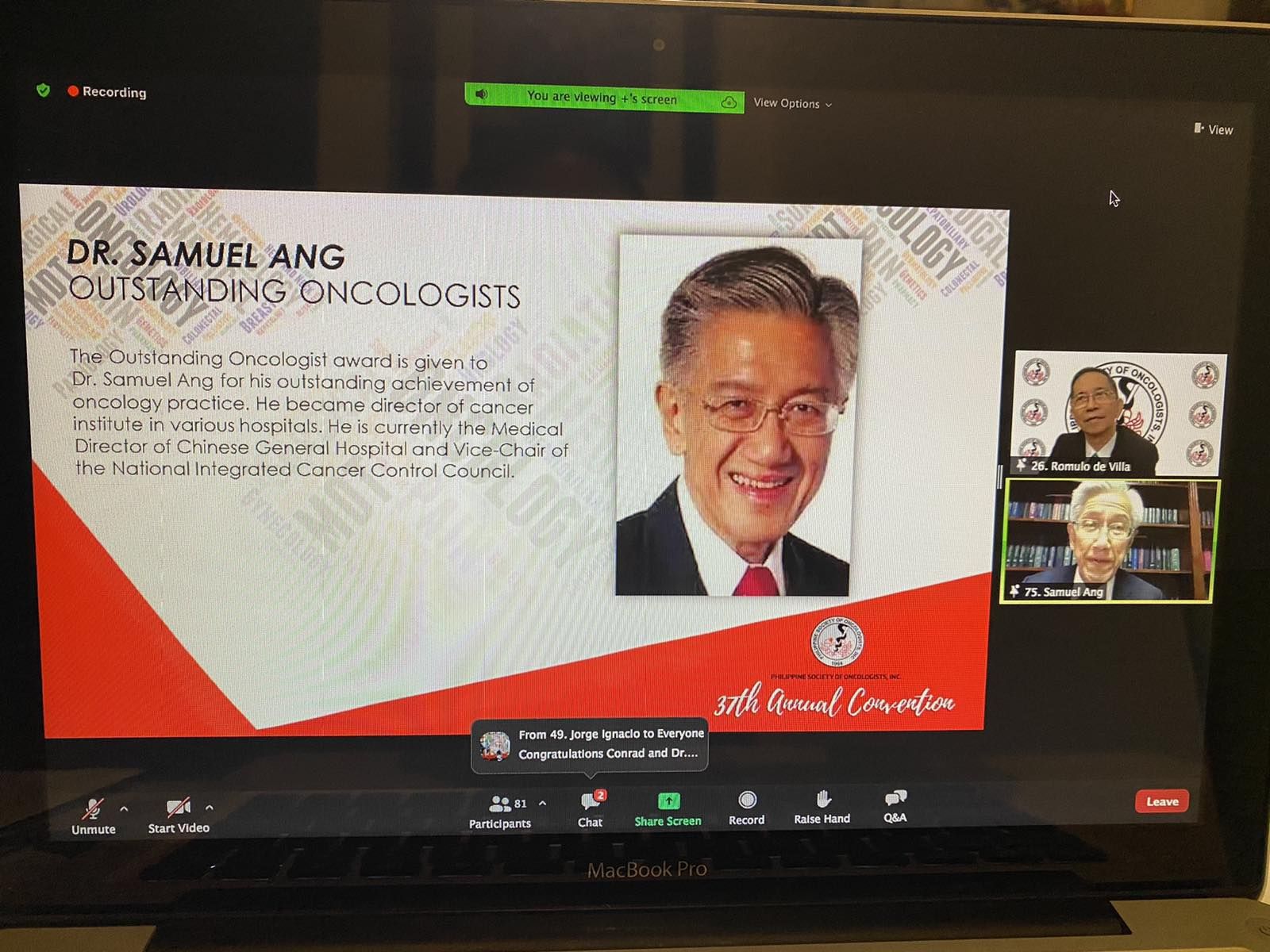 Dr. Samuel D. Ang is recognized as one of the country’s top surgical oncologists. A graduate of UST-FMS Class ’75 as magna cum laude, Dr. Ang also had his internship at Santo Tomas Hospital in 1976 and in St. Thomas Medical Center in Ohio in 1978. He completed his residency for General Surgery at the Hospital of the University of Pennsylvania. Dr. Ang has been widely recognized by several societies for his contributions in his field. He was one of the minds behind the Cardinal Santos Cancer Center, which boasts its multidisciplinary management of cancer. This “one-stop-shop” hosts all the necessities that one may need to have a empowered and dignified journey with cancer. He has served several positions among several top hospitals in the Metro and has served as a resource person in the Department of Health.

With his expertise, he was the hope of many in times of uncertainty.

Dr. Samuel Ang is currently the Medical Director of Chinese General Hospital and Medical Center (CGHMC). As a surgical oncologist, the “big C” might already be a part of daily conversations, but as medical director in the year 2020 – and as we’ve all learned, another “big C” – COVID19 has also left the whole world in a daze.

As the cases surge with Metro Manila as the epicenter, hospitals were filling in fast, CGHMC was among of the first hospitals to declare to be at risk of full capacity. Beds were running low, personal protective equipment were also short, and long-excruciating shifts- being a frontliner himself, along with his age, he had increased chances of being infected himself, but he remained committed to his responsibilities. He is known to be very hands-on with his patients, many have shared their admiration for Dr. Ang for his excellence, more so, for his compassion.

His commitment to ensuring excellent quality care doesn’t stop with his patients. Through these times where frontliners are most vulnerable, he ensured the same level of care among his colleagues. With several programs to improve the over-all wellbeing of their employees, including its employees’ community pantry, he ascertained that CGHMC will promote and ensure a safe environment for both patients and health workers. 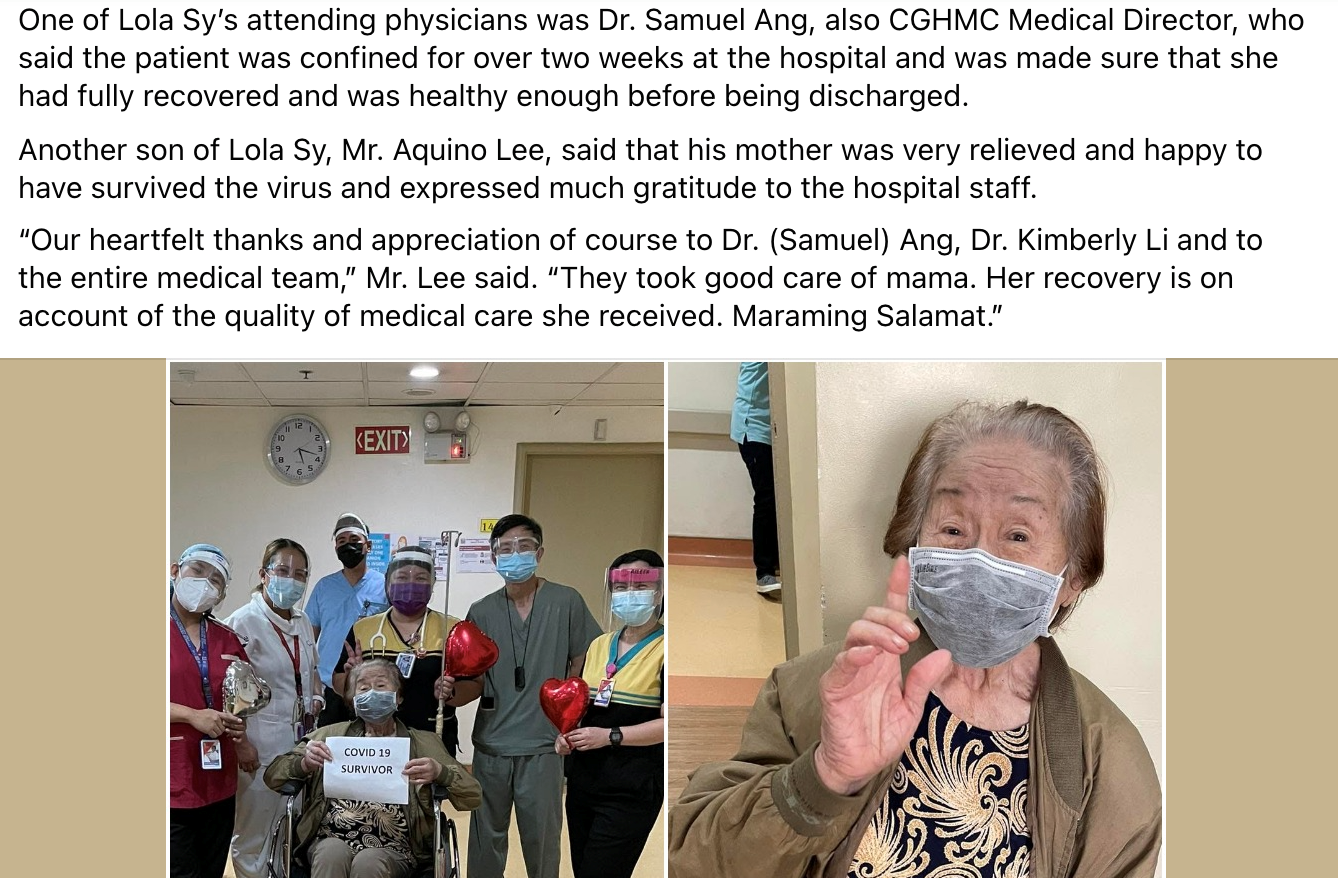 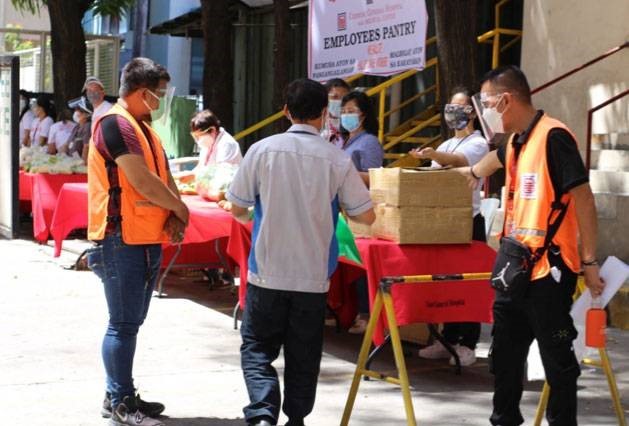 Dr. Ang has remained to be vocal and active in health promotion campaigns as well as calls to the government to improve its response to COVID19. 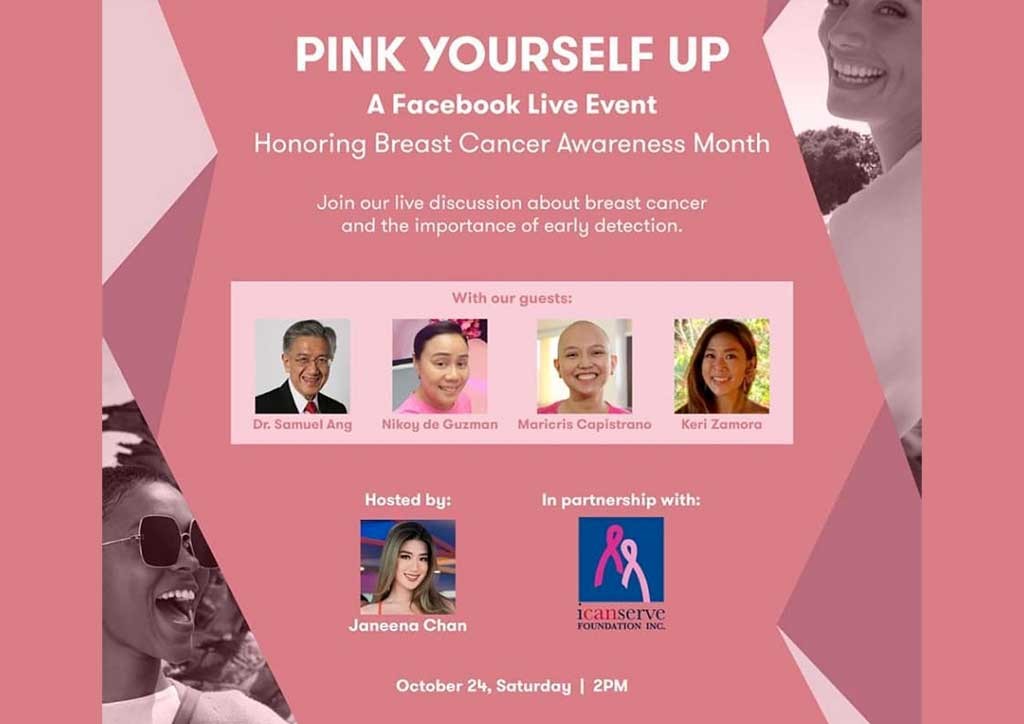 “Pink Yourself Up”
Courtesy: Mega

It is easy for one to judge how “good” a doctor is by his/hers many accolades, but what separates most Thomasian Doctors is that they go for that extra mile—needed or not.