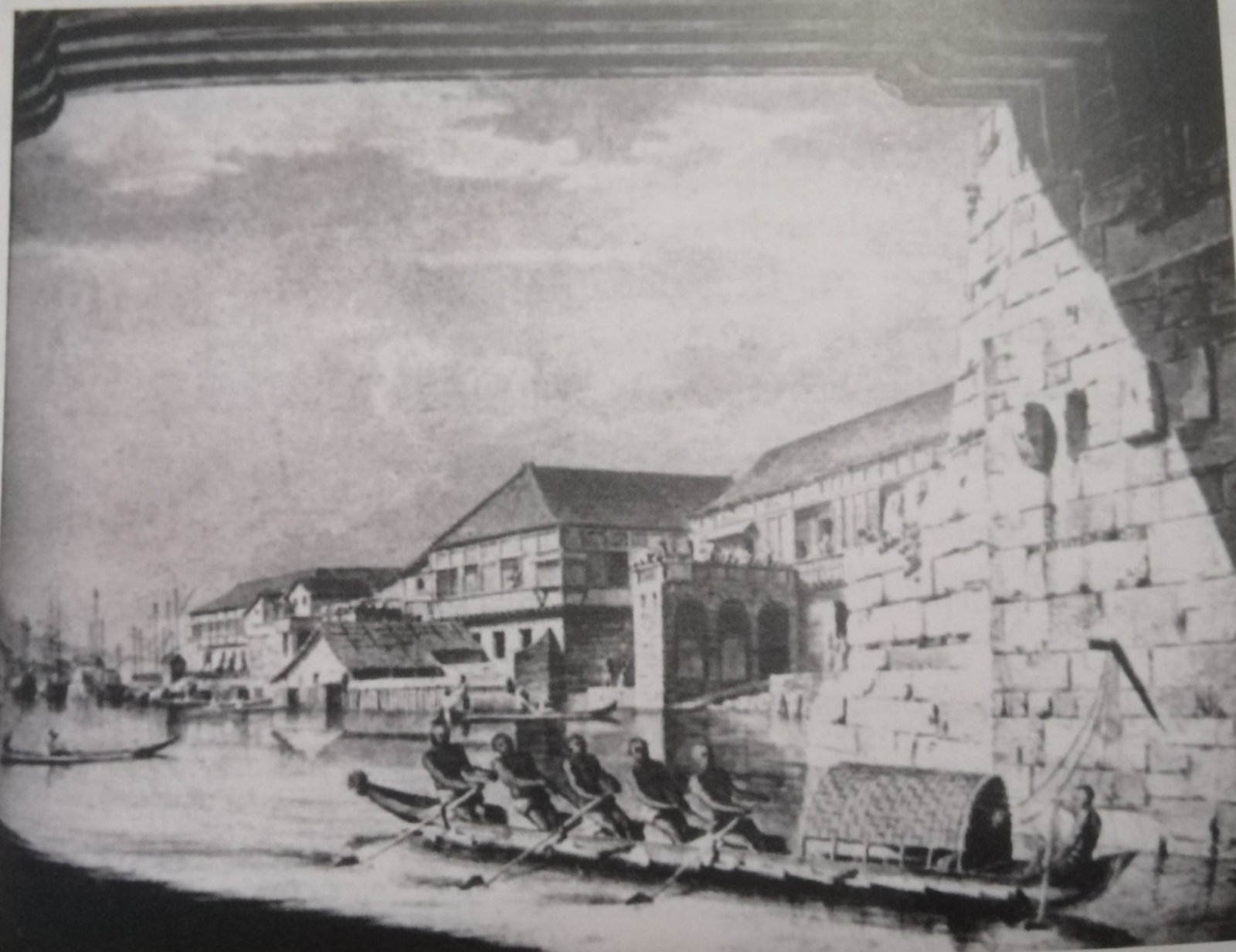 The Hospital of San Pedro Martir

There were many reasons for the foundation of the hospital that was to take care of the Chinese. The main one was the Domincans’ desire for the conversion of the Chinese to the Christian Faith. Many of these Sangleys, who flocked by the thousands to Manila, became sick. Dying in utter poverty and abandonment, they were forgotten by their fellow Chinese, who in their interest to do business and get rich, had no thought for their weak and poor fellow citizens. In China, institutions to take care of the widows, the poor, and the abandoned were unknown. The death of many Chinese in total abandonment and solitude, Aduarte says:

“compelled the religious to take pity upon them and gather the poorer ones in their small house and lay them in their own beds. Since they had no blankets, and they could not get any, the poor friars used their own copes to cover the sick. They considered a great gain, and a very big one, to change their copes of coarse frieze and sackcloth, and use them as a cover for charity. Charity indeed covers everything and honors a person more.”

Here then was set in motion the creation of what later on would become a hospital. It was small and poor; the food for the sick was brought from the Santo Domingo Convent. At times, the friars gave up their own food. This was possible while the patients were few; soon they grew in numbers and taking care of them became a problem.

Another reason for the establishment of the hospital was given by Pedro Rodriguez, O.P., a protagonist of the growth of San Gabriel Hospital in later years. He wrote:

“About the foundation of the hospital, we will state down here what the Lord Bishop Don Diego de Soria told me, together with Rev. Fr. Bernardo [de Santa Catalina], founders [of the Province]: that one of the reasons that the Order of Our Holy Father St. Dominic had to establish the said hospital, outside the main reason, which was the conversion of the Chinese, was the desire those Fathers had that in the convent of Santo Domingo, that was being established under strict observance that those who would live in it should never eat meat. Dispensation from this command, due to light reasons, opens the door to more freedom and relaxation. Thus, they desired that the sick people, and all other who might need to eat meat, would do so in the said hospital and not in the convent of Santo Domingo.

For this purpose, they established the hospital at the beginning in a piece of land, property of the convent, situated behind the garden of the convent. They started to bring the sick Chinese, catechized, and baptized them. From the convent they supplied the food. The friars helped with the alms from the masses and other alms they obtained from the people to buy lots for houses from where rent could be drawn, and so that the pious work started to shelter the native Chinese could be continued.

In that very place was the hospital placed for a certain time. First it was called Hospital de San Pedro Martir, and for some reasons, it was built later outside the wall of the city, close to the Parian of the Sangleys. In the time it was there, the Rev. Fr. Juan de Castro, the first provincial, and Rev. Fr. Francisco de la Mina died there. Much later, it was transferred to the other side of the river, in the place where it is now, the place the noble and devoted Knight Don Luis Perez Dasmariñas gave to the Sangleys as their dwelling place, to satisfy them for the abuse he might have committed against them when he transferred them there [Binondo].”

It follows from this Relacion that Miguel de Benavides and Juan Maldonado built a little house of nipa behind the wall of the Santo Domingo convent’s garden. It carried the name of San Pedro Martir, and there they brought the Chinese who were sick, catechized and baptized them. At that time, we cannot probably speak yet of any hospital in the real sense of the word. Out of pure love, Benavides and Maldonado brought to their own quarters the most seriously sick. We know from Juan Cobo, who a year later took charge of the Chinese ministry, together with Benavides, that the latter placed the sick on his bed, while he himself slept on the floor.

By September of 1588, just over a year after the arrival of the Dominicans to the Philippines, Juan Cobo and Miguel de Benavides had been expressly entrusted by the Order with the ministry of the Chinese in the Parian. On June 17, 1588, Bishop Salazar had officially entrusted the ministry of the Chinese to the Dominicans. They also were waiting for the permission to erect another house, for the service of the Chinese, at the right side of the river of Manila, already called Pasig, for in the initial reports, the river is referred to always as the river of Manila. The place was Baybay, for nearby lived thousands of Chinese, mainly fishermen and farmers.

We have mentioned for the first time the name of Juan Cobo. He sailed from Spain in July of 1586 together with the founders of the Province of the Holy Rosary, forty of them for Mexico. He remained there on official business. In 1588, he was in Manila. A year after his arrival, that is, in 1589, he wrote a long and most interesting Report/Letter where we can gather many relevant points about his ministry with the Chinese. He sent it back to Spain and was published in full by Renesal in his Historia. This Report/Letter, oftentimes referred to by historians and scholars, has not been studied in- depth. From it, we can knit together to a great precision, the initial history of the hospital for the Chinese.

“Later, during the second year [after the arrival of the Order] when I came [1588], the Order took apart Fr. Miguel and me to another distinct house, at the other side of the Parian. In such a way that between Santo Domingo and San Gabriel is found the Parian of the Sangleys. Here, a very poor church was built under the advocacy of San Gabriel, the name that fell to it by lot and a poor house where we two went to live in. We came into it at the beginning of September of the year 1588. This was the first church for the Chinese that was built. We believe that there is no other Parish Church today except this one. All the Chinese Christians, who were very few, both those who lived here in the Parian, and those who came from Tondo, a very wide river in between, came here. The Chinese started to frequent our Church and our house..”

Here, there is no mention of any hospital, or of a more serious care for the sick. We can see that the house mentioned by Cobo had been transferred to the eastern part of the Parian. The Parian now was between Santo Domingo convent and the small and poor church of San Gabriel built by Cobo and Benavides. The name of the Church and house was San Gabriel. The name San Gabriel fell, according to Cobo, by lot or luck.

Aduarte places the change of name of the hospital at the time of the transfer of the church, the house, and the hospital to the right side of the Pasig River, to Binondo; but this transfer happened in 1598. More will be said of this in the process of our study, thus no more mention of San Pedro Martir.

Benavides, who had already been in the ministry of the Chinese for a year, and Cobo, newly assigned now, had their hands full. According to Cobo, by Christmas of 1588:

“Thinking that it was too much effort for the Chinese Christians of Tondo to cross the river [to attend the Mass/religious services], they built another church for them, which is like a visita or ermita, where the Mass is celebrated. We divided ourselves, one to one side [of the river] and the other to the other side during feasts.”

We, thus see, that by the end of 1588, there were two churches built by the Dominicans to take care of the Sangleys. One was at the eastern side of the Parian, but very near it and the other in Baybay, near the ‘town’ of Tondo. There was just one house near the Parian and near the church where the two religious, Benavides and Cobo, lived. The church and house in the Parian was called San Gabriel, while the house in Baybay was dedicated to the Purification of Our Lady, in Spanish Purificacion de Nuestra Señora.