Whenever we hear our relatives and friends pursuing medicine, most of us envision a life filled with fulfillment and passion. We often celebrate the notion of selflessness and commitment to their profession. As we all know, it takes many years of learning and training to be a doctor and some would add even a decade more to be pioneers of their field.

Fame, glory, and wealth are what we often associate with these pioneers, and sometimes, we tend to overlook the amount of sacrifices they have made to become one. 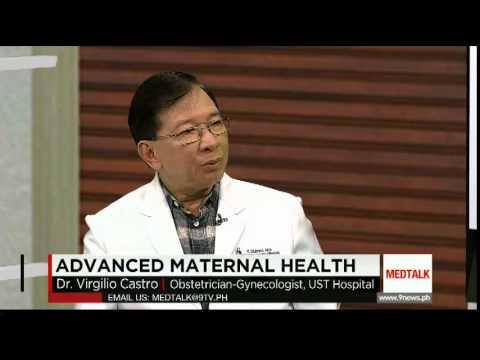 Virgilio B. Castro, MD, FPSUO, a UST Graduate of Class 1972- is a Pioneer of Perinatal (maternal-fetal) Medicine. After finishing his further studies in City Hospital Nottingham/King's College, London and Indiana University Center, Indianapolis, USA, he went back to the Philippines to practice as an Obstetrician- Gynecologist/Sonologist. His homecoming was quite “celebrity-like”, from being a plenary speaker in several schools from Luzon to Mindanao, to going on TV guesting, and being the must-see doctor of women experiencing high risk pregnancies and difficulty in conceiving- he truly paved the way in advancing maternal-fetal health in the country.

Then the pandemic hit.

From seeing patients from Mondays to Saturdays, to only seeing them twice a week, this greatly affected his source of income. Not only that, he also contracted the virus.

35 days in the Intensive Care Unit (ICU), and four million pesos in bills, his condition was critical.  With a Glasgow Coma Scale (GCS) of 6 throughout- they had to call his family thrice to say goodbye to him. His family stood by him each time, for as doctors, they knew that each breath may be his last.

“Lord, pagbigyan mo ako, gusto ko makita ang pamilya ko” he begged, as the train was approaching the bright end on its path. He looked around, and saw his fellow passengers with indistinguishable faces “baka may COVID din sila”. It was only when his stretcher hit the narrow door frame that he regained consciousness.

“Saan na ang Mommy niyo?” he asked his son and daughters upon waking up, since she was also battling with COVID. He was reassured by his children that she only needed to have two negative swab results to be reunited with him. 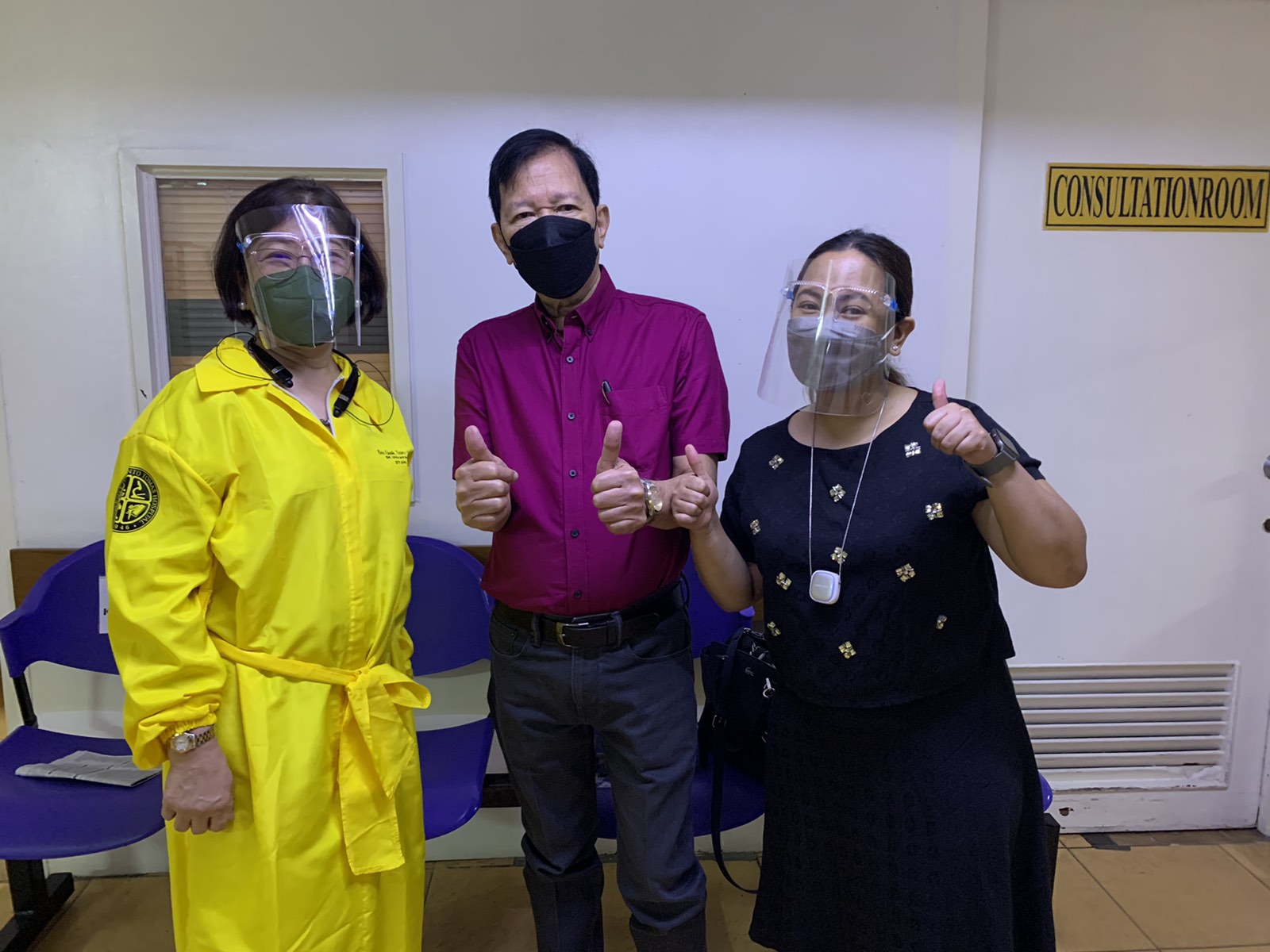 Dr. Virgilio Castro (in the middle) along with his colleagues

At 73 years old, he continues to practice and serve his patients’ needs. He is currently undergoing physical therapy to regain full body motion, but is slowly improving. He sends his deepest gratitude to all the doctors who have fought with him, as well as the kindness, generosity, and support his family had received during these trying times.

When asked if he has any message for his fellow doctors, he said, “In consonance with our sworn Hippocratic Oath, we are to serve the Filipino people with their medical problems, despite having these risks. One’s sworn oath to help them in a timely matter should be above all else”. As for the incoming students of medicine, “I have a few reservations of course, nothing could replace face-to-face learning. As teachers, we want them to foster patient and doctor relationship- it’s how you become a well-rounded doctor.”

As the pandemic is still raging on, he also expressed that we need to improve our national programs against COVID, especially vaccination, so we can reach herd immunity.

“So, hold-on until we get there and pray earnestly. Nothing is impossible with prayers. Until then, wear your masks, wash your hands, and stay at home- Stay Safe.”