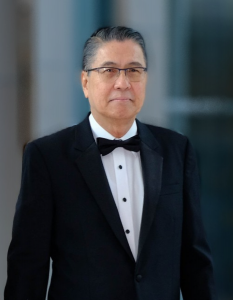 It is easy for one to draw inspiration from stories we have heard or read. We often dress up as characters, mostly heroes and heroines from books, movies, and even people around us. Sometimes, it is through introduction to these people where we find our answer to the question, “What do you want to be when you grow up?”, “I want to be a fire fighter!”, “I want to be an astronaut”, “I want to be a doctor!”. However, these answers change as we grow older. A number of us do not grow up to be what we initially wanted as kids—although, some of us are truly set from the beginning.

This was not the case with Dr. Charles C. Cuaso, one of the first interventional pediatric cardiologists in the country and a proud Thomasian Doctor of Class ’71.

When asked if he always knew that he wanted to be doctor, Dr. Cuaso was forthright in saying, “there was no specific time or event, it was gradual”. He only had one relative from his mother side who was a doctor, and he was the first one from his father’s side to pursue it. So when he expressed his intention to take up medicine, there was hesitation from his father.

This initial disapproval did not stop him from enrolling in UST. From his pre-medicine course to medical school, Dr. Cuaso chose UST-FMS and eventually graduated Cum Laude Meritissimus in 1971. He was equally forthcoming on how he decided on his specialty, he simply said, “I was enamored by an article”. He was always fascinated with the heart, especially its abnormality, more so, among children than adults. It was around his first or second year in medical school when he chanced upon an article written by Dr. William Rashkind, who was widely considered as the Father of Interventional Cardiology, who at that time, was studying non-surgical options for treating heart defects, and then had recently published an article about balloon atrial septostomy (BAS). This procedure, putting a hole in the heart, enamored Dr. Cuaso and inspired him to pursue further education in the States. He had his residency in State University of New York (SUNY) Upstate Medical University in Syracuse, then he went to Children’s Hospital of Philadelphia for his fellowship because this was where Dr. Rashkind was based, and was later invited as a staff in the same hospital.

How often do we meet our heroes in real life? What are the chances that we are able to work with them? From seeing him in pages, to collaborating with him in developing techniques for non-surgical treatment options. Dr. Cuaso was fortunate enough to being credited alongside Dr. Rashkind on the official Children’s Hospital of Philadelphia website. He worked side by side with Dr. Rashkind in developing the transcatheter closure of PDA that appeared in an article in 1979, wherein they performed the procedure on the smallest infant then that weighed only 3.5 kilograms- a ground-breaking procedure at the time.

One might say that Dr. Cuaso is a man of his words. As a promise to his father, Dr. Cuaso returned to the country and taught in his Alma Mater. He was an assistant professor for over three decades teaching pediatric cardiology. Curiously enough, he could have easily focused on his practice, so when asked why he decided to teach, he said “I live by the adage, ‘see one, do one, teach one’.” Not only does he find joy in teaching and interacting with students, for him, the greatest reward is to see his students be inspired by him, and, hopefully also surpass him.

As forthcoming as Dr. Cuaso comes, his humility will not escape you. For him, in the end, it will always be about the patients, thus, titles and fame never concerned him. His greatest achievement, and was said matter-of-factly, “I performed the first Patent Ductus Arteriosus (PDA) closure in the Philippines”. This was at the time when surgery was the only widely accepted treatment option of PDA in the country. However, he was dismayed that he had to perform this procedure in another private hospital as UST then was unequipped to handle such.

So when asked why he went back to UST, he responded that UST has that moral environment which for him was very important, especially among its faculty. Similarly, this was the reason why he joined Anargyroi: FMS Foundation, Inc. (AFI).  What attracted him the most was the support it had for the faculty members, as he was one before. For him, he is grateful of what UST-FMS has provided him, and the achievements it has had for the last 150 years; however, he acknowledges that relying alone on past achievement or laurels is not enough to retain its prestige as the top medical school in the country and to remain competitive in a global landscape.

This is why Dr. Charles Cuaso fervently believes in the establishment of the Sts. Cosmas and Damian Simulation and Research Center, a 7-floor edifice, which will allow both the faculty and students to have the environment and support they need to excel, and hopefully, establish “the firsts” in the country and in the region—as it always had in the past. “Reactive and Proactive”, is how Dr. Cuaso describes the creation of this Center. Reactive as it fulfills the current needs, as well as the gaps uncovered in virtual/hybrid learning. Proactive, because having this state-of-the-art building equipped with high-fidelity Manikins will simulate different and difficult scenarios.

Thus, not only has he been a strong and generous sponsor of AFI, he has also reluctantly accepted to head the Fundraising Committee of this noble project. As daunting as this task may be, Dr. Cuaso has maintained that the best way to give back to his Alma Mater, was to assure its continuance of its legacy. What could be better than establishing its cornerstone for another 150 years? Many have already reached out on how they can contribute, and so far, a gracious few have already delivered.

There is still a long way to go in realizing this ambitious project, and FMS is counting on its alumni.

A show of love and loyalty for one’s Alma Mater can ensure a long and lasting legacy.