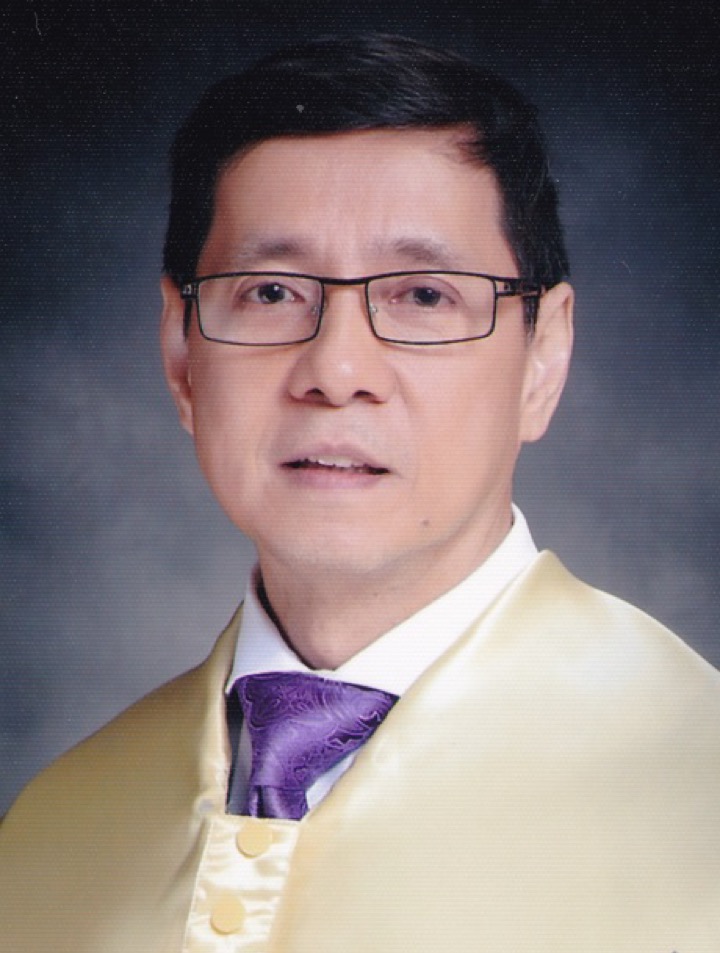 The beginning of the Licentiate Medicine Curricula in the University of Santo Tomas was adopted from the program of Spain in 1877. When the UST Faculty of Medicine and surgery opened its doors to the first batch of medical students in 1871, the graduates obtained a Licentiate in Medicine. Graduates may hold a degree of Doctor of Medicine if they wish to continue their studies exclusively in the Central University of Madrid.

During these times, the most popular UST student was Dr. Jose Rizal, where he pursued his medical career in Spain. He was credited for having performed the first cataract operation in the Medico Farmaceutico de Filipinas, the first medical facility established in the Philippines. 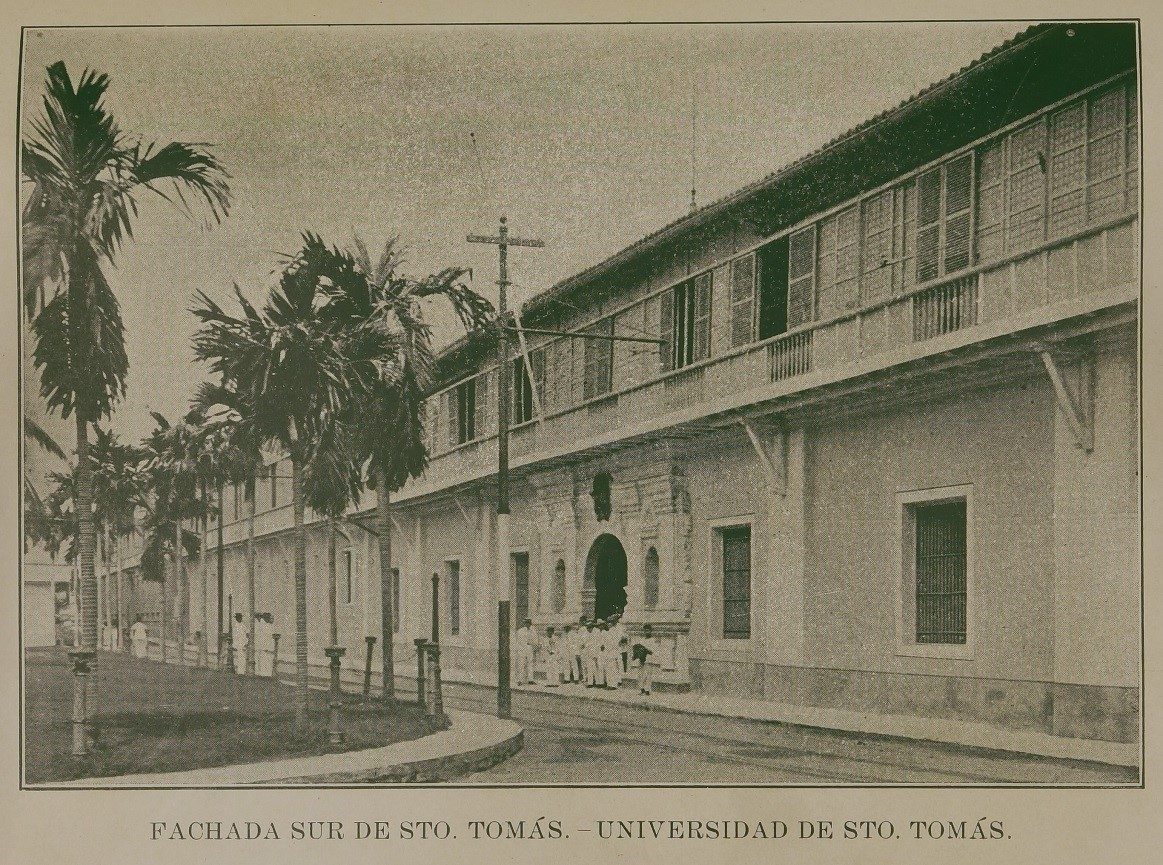 The activities were centered in the walled city, Intramuros, where the University of Santo Tomas, Colegio de San Jose, Hospital de San Juan De Dios, and Leal Hotel formerly resided.  The buildings within the walled city bustled with activities where classes were held at the University of Santo Tomas, while Hygiene, Drug, and Toxicological Analysis were performed at the chemical laboratory of Colegio de San Jose. While in Hospital de San Juan De Dios, sits the public dispensary, clinics for Medicine, Surgery, Pediatrics, Obstetrics, Gynecology, and Eye, Ear, Nose and Throat. Leal Hotel accommodated the laboratory of Histology and Bacteriology and apparatus of disinfection. 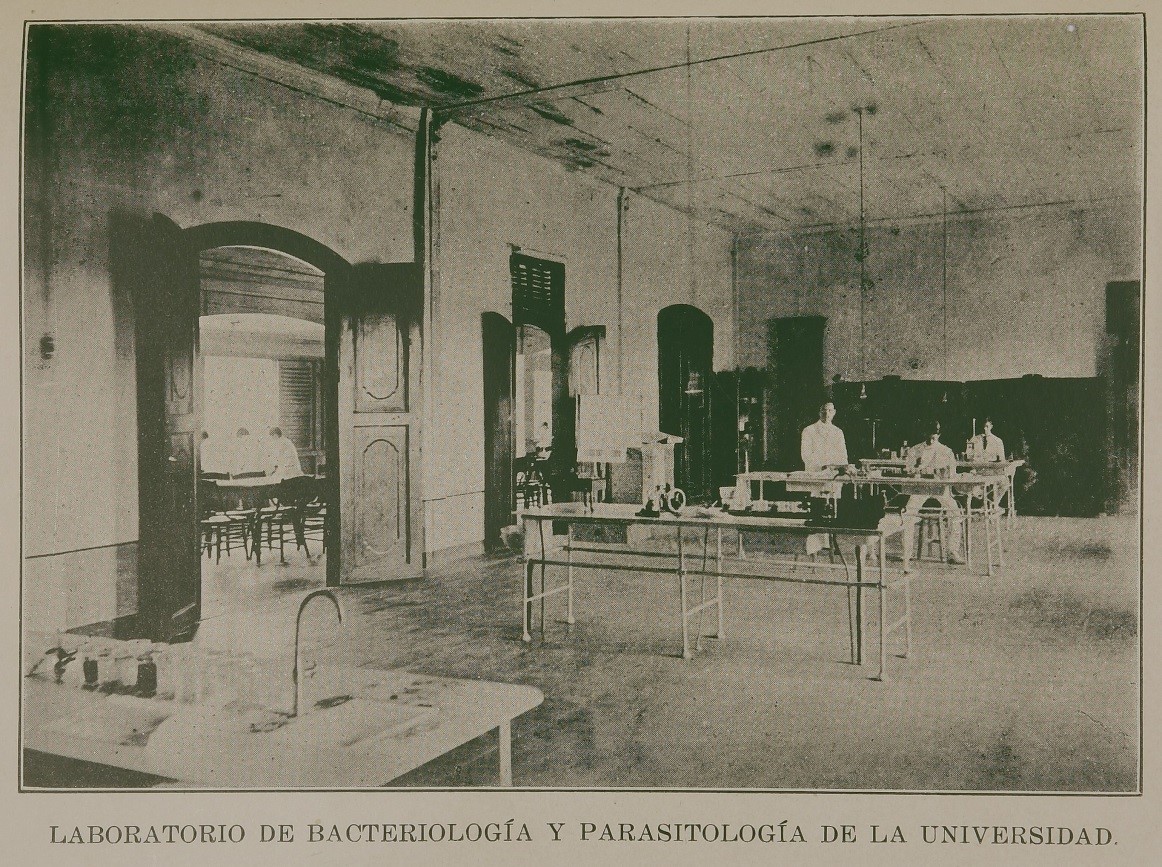 Classes were disrupted for the first time in 1898 because of the Philippine Revolution. Two years later, a medical milestone was recorded in history, when the first laparotomy in the Philippines was performed by Dr. Juan Miciano and his team at San Juan De Dios Hospital.

In 1916, the when the Corporate Law Act (Act 1459) was passed, the University of Santo Tomas was empowered to confer the degree of Doctor of Medicine to their students who completed the five-year medical course.

To obtain the degree of Doctor of Medicine, the final examination for graduating students is a revalida. It was divided in to two parts: the first part included an exercise to identify materials of medical matters and the second, which was further subdivided in to two, included the history of a medical case and operation on a cadaver. Grading the first part were as follows: 3 approvados—the candidate is admitted to the second exercise; 2 approvados and 1 reprovado—additional make up time of less than 6 months is given; 1 approvado and 2 reprovado—additional time if not less than 8 months is imposed.

In 1914, a six-month course leading to a degree of Doctor in Hygiene was opened. This included lectures on Sanitary Hygiene, Statistics, Bacteriology, General and Special Hygiene. Laboratory courses and practical courses in a health station in Manila and Internship at the Hospital de San Lazaro for contagious diseases were also part of the program.

Centuries later, the UST Faculty of Medicine and Surgery improved its curricula attuned to the demands of the times. Even during its inception, the curricula were designed to pursue excellence in medical education with the guidance of Christian ethics and values.