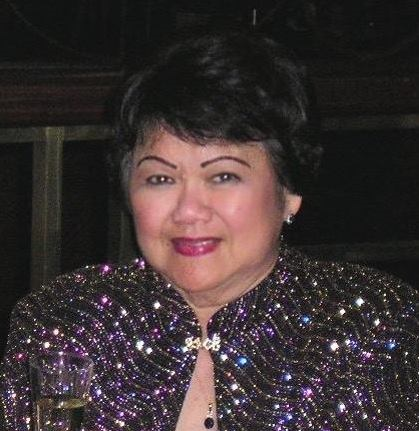 With a heavy heart,
USTMAAA announces the passing of
Leonor Rivera-Calimlim, MD '53

Click the link below for her obituary:
Obituary of Leonor T Rivera-Calimlim 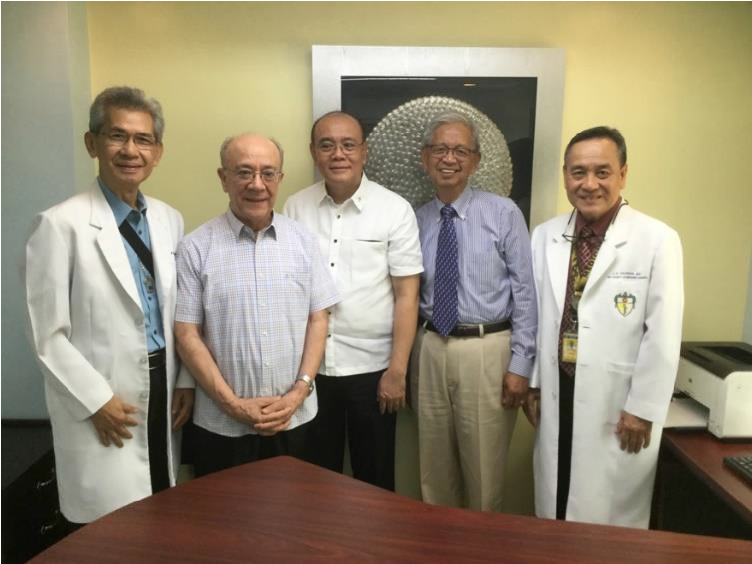 It was in the middle of the nineteenth century when modern or “positive medicine” started to flourish. Physicians became more pragmatic and engaged in the analysis of the origins and evolution of life, the physical and physiological

approaches to human life, the impact of the environment in the health of the individual and of the community. This systematic approach led to new discoveries and to the advancement in the different medical fields such as histology, physiology, bacteriology, surgery, etc. which were to constitute the foundations of present medical knowledge and practice.

What happened in the Philippines? Despite the precariousness of medicine and medical services in the Islands, a most auspicious event took place which would transform the traditional practices of healing of mediquillos, herbolarios and curanderas into a more rational approach to healing. This was the establishment of the first school of scientific medicine in this part of the world, the creation of the Faculties of Pharmacy and Medicine and Surgery in the University of Santo Tomas of Manila.

The University of Santo Tomas of Manila, considered as the oldest university in the east was conceived by Fr. Miguel de Benavides, O.P. the second Archbishop of Manila before his death in 1605. It started as a very modest school run by the Dominican of the Philippines under the name of Colegio de Nuestra Senora del Rosario. Classes started in 1619 with twelve (12) students and two professors. Two Chairs were

created with the classical faculties of Arts (Philosophy) and Theology for the formation of future priests.

It has been a long journey of more than four centuries, beset with difficulties of all kinds, surmounted by the indomitable character of its founder and a concerted effort sustained by his successor, the Dominicans of the Holy Rosary. It struggled for one century. Already in the 18th century, the first attempts to create a school of medicine were undertaken by the Dominicans but still without success. Only in 1734 the chairs of Roman and Canon Law were added. This gave a great impulse and new life to the University. However, it would take another century before the University could boast about a new step forward by the creation of the two faculties, that of Pharmacy and Medicine.

The spirit of the Enlightenment, the ongoing scientific progress, the educational reforms undertaken in the 19th century and the increase in the population of the Islands were crying for the modernization of the public health system and services and for the establishment of medical schools in the Philippines, -writes the university historian Fr. Fidel Villarroel.
Finally, the government of the Islands in a decree signed by Governor General Rafael Izquierdo, dated May 28, 1871 approved the creation of the Faculties of Pharmacy and Medicine in the University of Santo Tomas. Thus , next year’s celebration of the Sesquicentennial of the Faculty of Medicine and Surgery of the University of Santo Tomas, the cradle of medical schools and of most health institutions in the country is most timely even in this time of pandemic.

Like in the past, our Faculty of Medicine and Surgery is confronted with tremendous hurdles. However, the example of our predecessors should inspire us in our efforts to cultivate the seed planted in this field. We cannot give in to feelings of defeat: The modernization of its facilities, the development of a cohesive community, the mending of strained partnerships, the strengthening of our alumni relations, the search for new avenues of research, the desire to be of service to the Filipino people, etc. These and other concerns should be approached with the same vision and courage of our predecessors.

The beginnings of the Faculty, as it had happened with the beginnings of the University, were very modest. But, again, it was the determination of the university authorities, the competence and commitment of the first professors, the eagerness and enthusiasm for knowledge of the first generation of students, notwithstanding the derogatory remarks of Jose Rizal, that set the firm foundations of what has been labeled by a former secretary of the Faculty, somehow triumphalistically, as the biggest, the brightest and the best school of medicine in the country.

Indeed, inconspicuous beginnings will have an unexpected result!

The COVID Pandemic in the Eyes of a Pilgrim 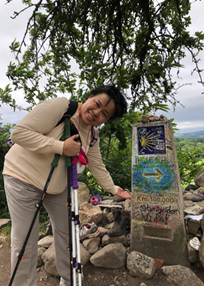 A little over a year ago, my husband and two of our close friends set on a journey and followed the trail of St. James the Apostle until we were able to reach his cathedral at Santiago de Compostela, Galicia, Spain after walking 110 kilometres for 10 days.

To majority of individuals who are so used to walking long distances, what we did is nothing out of the ordinary. But for a person who had stroke-like

symptoms and was able to see things in quadruple and unable to walk for quite a while, the journey is the fulfilment of a great dream - - - one that has been anchored to the hope that things will get better after dark days.

More than the adventure, the Camino has taught us valuable lessons which I can say, has helped me as a health care worker in this time of COVID pandemic. Everything we experience in life are just fleeting and temporary – just like the picturesque and the not so picturesque scenes we pass by in our journey; any emotions we feel – grief or joy.

We are all equal – it is a fact that in our society, we put a high premium to those who have achieved more, gained material wealth more, and those who are more popular. In this pandemic, the societal and economic bridge that separate us is bridged by our common need to survive.

Live simply. In our journey, we need to identify our basic and bare essentials. Similarly, in this pandemic, we should prioritize our families, friends and loved ones.
In our weariness and anxieties during these trying times, we often forget that the loads we carry hinder us from attaining the peace and joy we truly need.

Always have a grateful heart. The food we eat and the clothes we are made to wear in this pandemic, may be quite far from the ones we used to eat or wear, pre-COVID, but we ought to realize that not everyone gets the chance to receive these provisions, thus if you are part of the luckier ones, please do not fret and complain. Simply say, thank you.

Persevere and have loads and loads of faith. With our harrowing and sorrowful experience in this era of COVID, we should persevere in our prayers, do our share in limiting the spread of the virus and take care of each other. Trust that our God Who is journeying with us in this darkness, will carry us to the light.

Since I was a kid, I have always loved science. It was during my 3rd and 4th year of high school that I began to ponder which pre-medical program to take - the first step in becoming a medical doctor. I have narrowed down my choices into these 3 programs: Medical Technology, Biochemistry, and Molecular Biology. Fortunately, I got admitted to B.S. Medical Technology program of UST in 2010.

My mother, a medical technologist, was the inspiration behind why I took this as my pre-medical program. She is a single parent and I was basically raised by my maternal grandparents. They are my core family since birth until now. I won’t be here if not for them. My grandmother in particular taught me how to be diligent with studies while my grandfather showed me how to be industrious. They are my daily inspiration. Given my family situation, my mother earns modestly while my maternal grandparents are retirees. By the age of 11, I was fully aware that I should not add financial burden to my family. Therefore, I contributed in my own way by studying well, getting a scholarship, and being a tutor as a part-time job. I am very fortunate and eternally grateful to my supportive professors from the Department of Medical Technology. They helped me with whatever they can such as lending me books or notifying me with prospective tutoring jobs.

I worked hard during my pre-medical years and I succeeded. However, upon graduation, the feeling of being burned out consumed me. It was probably due to the fact that despite working hard, I cannot proceed straight into medicine proper because of financial challenges. I was heartbroken but I had to accept that it will take some time before I can take up medicine. I had 2 strategies: get a full scholarship for medicine and/or save up for it.

Today, six years after, I am now a recipient of a medical scholarship not only to any medical school but to one of the best medical schools in the country. It took me six years but is all worth it. After all, I will carry with me the pride of being called a Thomasian doctor. Words cannot express how grateful I am for the opportunity and the trust that Anargyroi Foundation, Inc. (AFI) has given me and my fellow scholars.

A note from the Executive Director: Through donations received by Anargyroi, we are making dreams come true for scholars such as Nympha Elisa Sia. We share Elisa's gratitude for your generosity.

It is with sympathy that USTMAAA announces the passing of
Henry Milla Cube, MD '50
on May 15, 2020

Click the link below for his obituary:
Dr. Henry Milla Cube Obituary